“This is the worst possible way to handle this matter............... You cannot just change the registry to take ownership. If there is the rule of law in Mongolia, this process will be invalidated in court.” 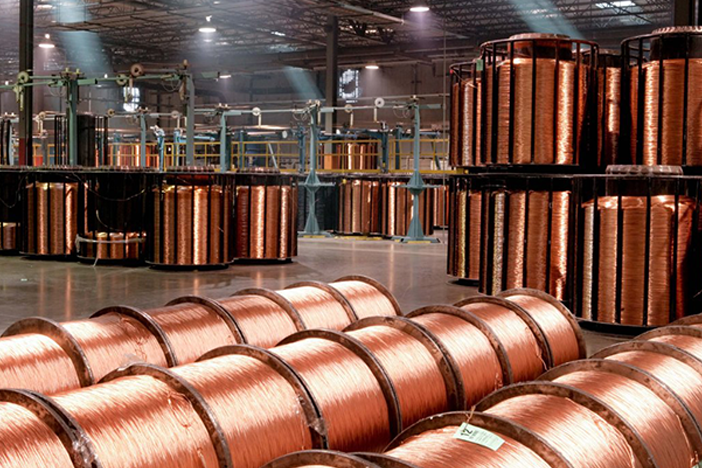 “Much anticipated litigation over Erdenet Mining Corp’s 49 percent stake ownership has already commenced at a number of Mongolian courts, and multiple rulings have been issued in Mongolian Copper Corporation’s favor,” CEO of the company Purevtuvshin Tsooj says. The Civil Court of Sukhbaatar District issued a preliminary court injunction on April 10, 2017, to prevent the Government Agency for Policy Coordination on State Property (the alleged 100 percent shareholder of EMC on the government’s behalf) to hold another shareholders meeting and take other corporate action concerning EMC, Purevtuvshin said. The injunction also prohibited the new board, fully appointed by the government, to have new board meetings and to carry out any structural changes at EMC. Purevtuvshin says the civil court injunction is vital for his company to protect its interests during the judicial process, and to prevent the Government Agency for Policy Coordination on State Property to carry out anticipated structural changes at the company. It is a well-known practice in Mongolia for new management to change the organizational structure of a company to install it nominated people.

In addition to the civil case, during a March 20th preliminary hearing carried out by the Administrative Court, which had its session postponed at the request of the government’s representative, the court ruled to suspend all directives of the government and Cabinet Secretariat given to the Government Agency for Policy Coordination on State Property. The Administrative Court also ruled to suspend the 49 percent share registry at the registration office, which means the 49 percent share registry should have been returned to MCC until the case was resolved, Purevtuvshin said. He said their claim is to ask the court to reinstate MCC as 49 percent shareholder of EMC.

The main defendants in the case, the GoM and Government Agency for Policy Coordination on State Property, declined to comment.

The court’s decision is timely, as Mongolia’s government says it intends to compensate Mongolian Copper Corporation for the expropriation of its 49 percent stake in Erdenet Mining Corp. But with the economic downturn, finding financial resources is a challenge, sources familiar with the matter say.

The compensation is expected to amount to as much as 500 million USD.

Munkhbaatar Myagmar, chairman of MCC, said this action by the government was “clear robbery of private property by the government” because no negotiation took place and no compensation was made. On the other hand, Deputy Head of the Cabinet Secretariat Byambasuren Urgamal stated that even though he is chairman of the board, he had no knowledge of the shareholder’s meeting and he was only directed to hold a 100 percent government appointed EMC board meeting. Later, Nyam-Osor Tsultem, chairman of the Government Agency for Policy Coordination on State Property (now a defendant in both cases), said in an interview that after receiving the directive from the government, he sent an official letter to the Cabinet Secretariat about potential legal contraction.

Although MCC Chairman Munkhbaatar Myagmar and CEO Purevtuvshin Tsooj stated during a press conference on April 3 that neither the government nor corresponding state agencies initiated any negotiation with their company, Finance Minister Choijilsuren Battogtokh said during a parliamentary session that the ministry was in talks with MCC and offered compensation. Also, MP Munkhbat Jamiyan, head of the Cabinet Secretariat, said during a TV interview that the government is in negotiations with MCC and concurred with the comment made by the Finance Minister.

MCC is known to the public as the company that purchased a 49 percent stake in EMC and Mongolrostsvetment from the Russian state-owned enterprise Rostec in summer 2016. These legal actions followed the expedited action taken by the Mongolian government at the end of March 2017 to implement the parliament’s decision. On February 10, the last day of Parliament’s Fall session, the Mongolian parliament resolved to nationalize the 49 percent stake held by MCC after much debate. The parliament’s decision to nationalize the asset followed a very politicized and highly criticized review process carried out by a working group established by Parliament’s Standing Committee on Justice. MCC has de-nied all the allegations made by the working group. In the past, the company has stressed that the working group deliberately violated due process and that its report is tainted with a clear conflict of interest.

All allegations made by the working group generated heated debate among the members of parliament, and the parliament is said to be seriously violating the check and balance principles of the Constitution of Mongolia.

Orkhon Onon, CEO of Trade and Development Bank of Mongolia, said via email that TDB’s involvement in the purchase of the 49 stake in both EMC and Mongolrostsvetment LLC by MCC was only limited to partial financing and a role as financial intermediary for settlement. The TDB subsidiary TDB Capital also advised the general transaction process, he said. He added that, at this moment, none of the working group’s allegations are supported by any material evidence, and his bank still maintains a strong financial position and leadership in the sector.

During a televised interview with C1 Channel, O.Altangerel, a well-known commercial attorney in Mongolia, commented on the share registry action taken by the government, and stated, “This is the worst possible way to handle this matter, as the parliament gave clear directions to the government to enter into some form of negotiation with MCC. You cannot just change the registry to take ownership. If there is the rule of law in Mongolia, this process will be invalidated in court.”